A Mastectomy Bra, bras for mastectomy, after mastectomy bra, prosthesis bra, pocketed bra, post surgery bra, post op bra are terms that describe bras with pockets lining inside bra cups. Bra pockets hold breast forms or breast prosthesis securely in place inside the bra cup and prevent them from falling off. Pocketed bras or mastectomy bras are uniquely designed to accommodate all shapes of prosthetic breasts and project them to look natural.

Mastectomy bra could be worn by women with smaller breasts or Poland's syndrome who want inserts to enhance their current breast size by increasing the cup size ; or for the enhancement of the under developed breast to become symmetrical with the normal sized breast.

Below is a photo of breast form /prosthesis partially inserted into the pocket of a mastectomy bra. 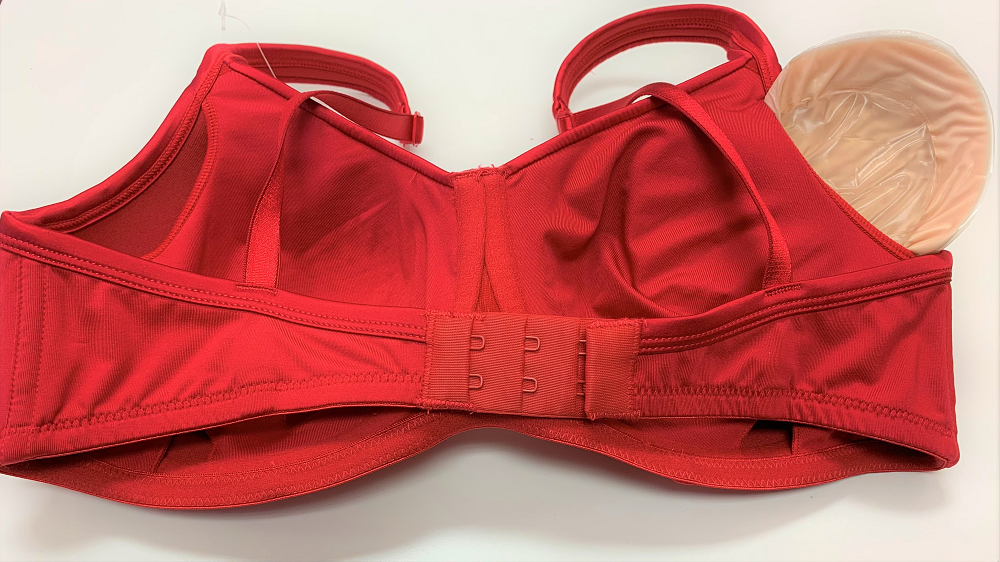 A mastectomy bra or brassiere is a pocketed undergarment worn to support natural breasts or prosthetic breasts. It is different from a regular bra because it’s inner cup is lined with a fabric pocket, designed to hold prosthetic breast or breast form securely in place. It can also be referred to as - bra for mastectomy, prosthesis bra, breast form bra, and post-surgery bra.Mastectomy bras come in a variety of style and form, it looks on the outside exactly as a regular bra, but the difference lies inside the bra pockets used to hold bra inserts.